A SIMPLE OVERVIEW OF 3D MODELING AND RENDERING IN ARCHITECTURAL DESIGN

Illustration has been a key component in successful building design for centuries. It has taken many forms and continues to evolve quickly in our digital era. But what do we mean when we refer to a computer-generated rendering? What have architectural visualizations looked like throughout history? What are some benefits and criticisms of realistic 3D modeling? And what are some commonly used design programs and processes? We aim to answer all of these questions in the paragraphs below.

What do we Mean by ‘Architectural Rendering’?
Architects and designers create images of buildings and their interiors before construction begins. The express purpose of these images is to communicate how a design will look upon completion, showcasing design details and even evoking certain emotional responses to a project. In each case, a rendering is an artistic representation of a space’s final design.

For most firms today, renderings are created from sophisticated computer-generated 3D models, which are becoming ever more realistic and immersive with advancing technology. But before we explore where architectural illustration is going, we must first look at where it’s been. 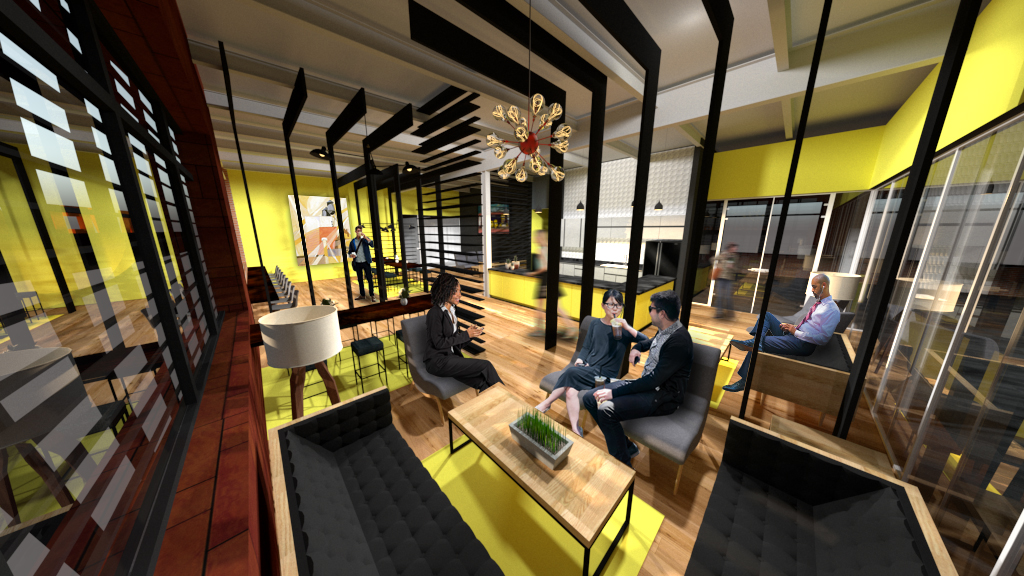 A Brief History of Architectural Illustration
Long before the days of computer technology, master builders were limited to flat paper designs recorded with paint or pen. Architectural visualizations followed in the footsteps of fine art; as new artistic methods were introduced, design illustration made matching strides. One major advancement came in the year 1415, when Fillipo Brunelleschi painted the first ever example of linear perspective—using a 2D painting to recording a 3D representation for the first time in history. With this innovation, a 2D image could realistically portray a completed building.

In the years leading up to the 20th century, designers continued to create meticulous, ornate, dramatic, emotionally-charged design illustrations. A famous example is Étienne-Louis Boullée’s Cenotaph for Newton (1784), a grandiose design rendered through a series of ink and wash drawings. 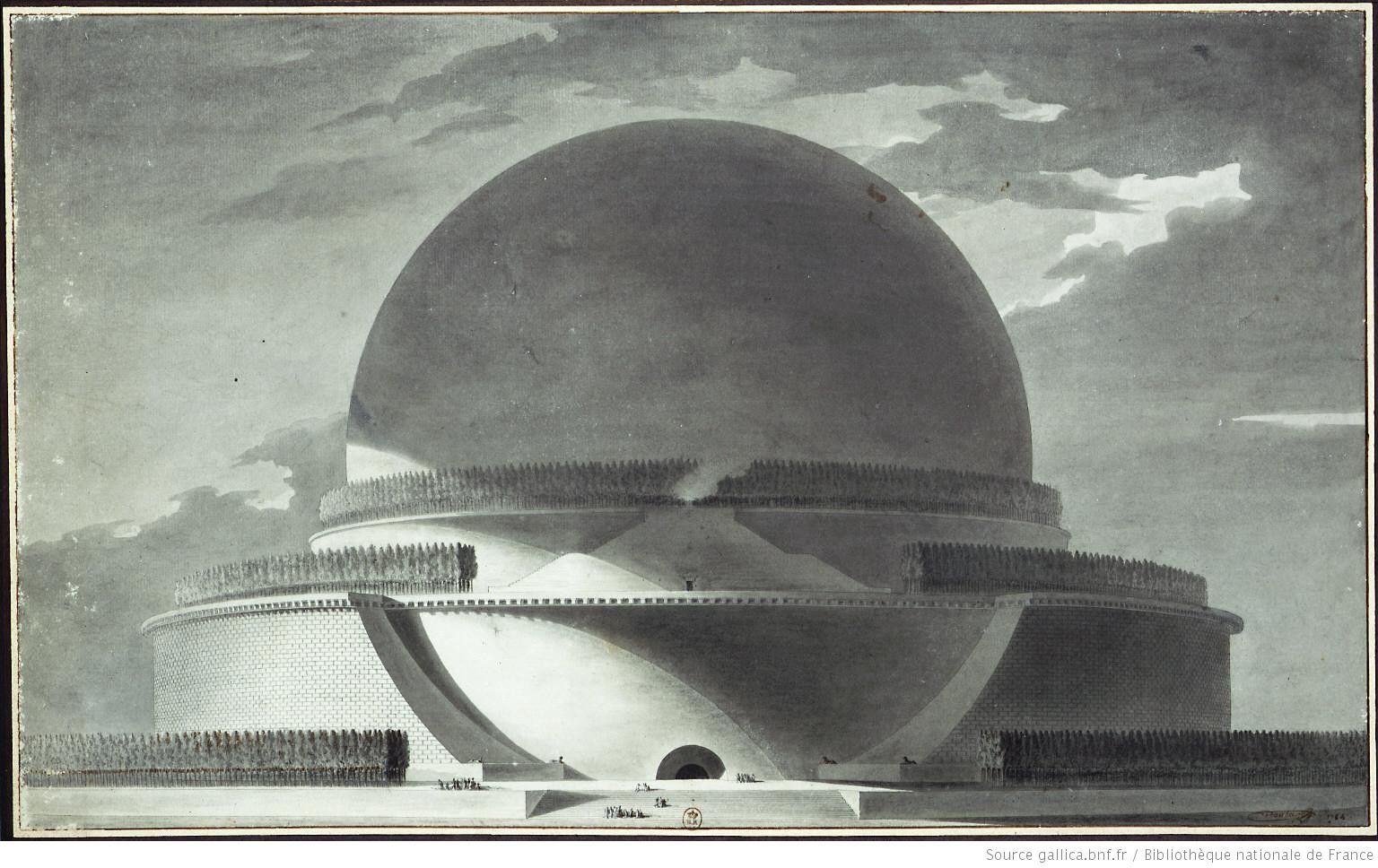 It wasn’t until the early 1900s that architects, largely influenced by the German-born Bauhaus Movement, became a specialized group intent on uniting the arts with industrial design. Architectural renderings shifted focus away from individual perspective and towards axonometric drawings. These drawings were less ornamental, highly technical and geometric, and focused on the form of space. Three-dimensional designs were overlapped and color-coded, communicating final design with simple diagrams rather than realistic images drawn from the human perspective.

Half a century later, International Business Machines Corporation (IBM) created the first ever computer-aided design (CAD) software. Just as the evolution of fine art transformed architectural illustration in the Renaissance period, the evolution of computer technology has transformed today’s modeling and rendering practices. While architects of the 20th century prided themselves on their stylized hand drawings, architects of the 21st century are competing to utilize a growing list of sophisticated computer programs.

Today, the digital 3D modeling process has automated many time-consuming drafting tasks, meaning building representations can be generated more quickly and edited in seconds. Rendering programs can take these 3D models and add building materials, light sources, reflections, and shadows, allowing designers to create the most realistic portrayals of built space the world has ever seen.

Key Benefits of 3D Modeling and Realistic Rendering
With this innovative technology comes a long list of benefits.

1. Clients Prefer It. As top design firms circulate their cutting-edge, computer-generated designs, more clients expect the same from their hired architects. Additionally, realistic renderings allow clients to fully understand the look and function of a design concept, ensuring all vested parties are on the same page as drawing sets are finalized and construction begins.

2. 3D Models are Precise and Accurate. Designers, engineers, and draftsmen input building measurements into modeling software, and the computer program creates a model to the precise specifications it has been fed. Human error is greatly minimized.

4. The Technology is Immersive. Some design software is capable of adapting 3D models into augmented and virtual reality experiences. A client can step inside their designed space before it’s built.

5. Marketing Demands It. Realistic renderings showcase the best qualities of a design. They are pieces of art, effectively exciting and inspiring clients and potential clients alike. They are also key elements of any pitch deck, selling the benefits of a project to interested investors. 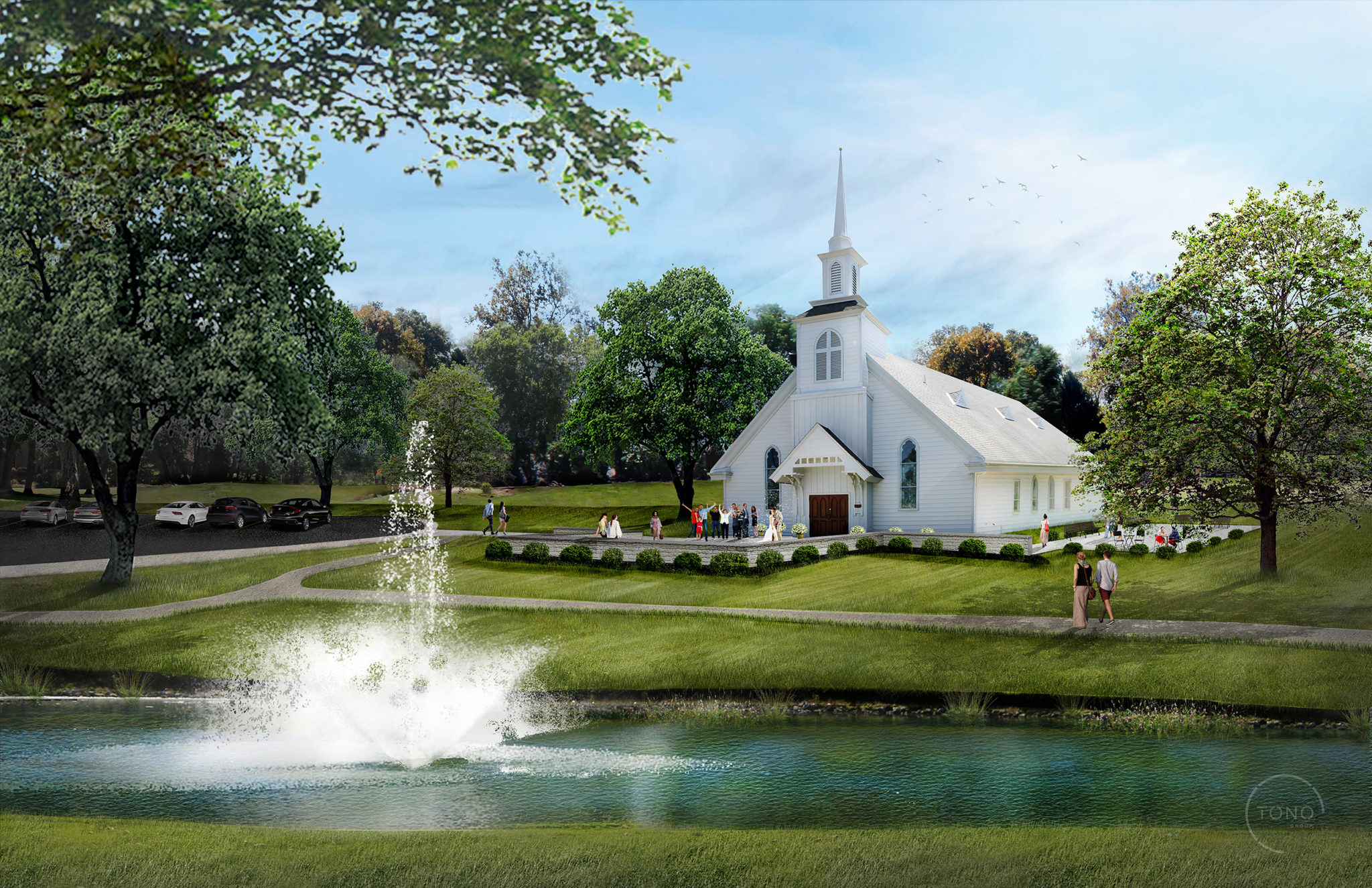 Key Criticisms of 3D Modeling and Realistic Rendering
Despite some of the obvious benefits, advanced modeling and rendering are not celebrated by all in the design community. Mexican architect Tatiana Bilbao is one such critic. Her design practice has stopped producing renderings. She argues that past clients had lost all sight of the “creative process” because they had too easily “fixed an image” of the final result into their minds. Instead, she prefers collage as a visualization tool, as it captures the fluidity and collaborative nature of design.

Indeed, other critics have argued that photorealistic renderings are more distracting than they are illustrative. By including overly dramatic and unrealistic design elements, such as stormy skies, lens flare, and perpetually happy groupings of people, some maintain that renderings create unrealistic expectations of the final design.

Commonly Used Programs and Processes
A number of widely-used programs have exploded onto the design scene since computer technology disrupted the industry.

Though every design firm is different and will choose the tools that best serve the needs of its team, most have adopted 3D modeling software like AutoCAD, Revit, and SketchUp. Firms may also use other programs like Rhino, Grasshopper, Maya, and 3D Studio Max.

After a 3D model is generated using modeling software, designers can use rendering plug-ins to add details like shadows, reflections, and building materials, creating a more complete and more realistic image of the design. Popular rendering plug-ins include Enscape, V-Ray, Flamingo, and Lumion.

From there, a rendered image may be exported to one of Adobe’s Creative Cloud Products, like Photoshop, for post-processing. All final details, including people, trees, landscape elements, and lighting effects can be added during this final stage of conceptual design, whereby a designer is able to utilize his or her own artistic flair to create a beautiful, impactful image.

Summary
Architectural illustration has advanced far beyond its simple origins. Our current era of computer-generated 3D modeling and realistic rendering is advancing quickly, as the benefits of these visualizations are steering the industry towards widespread adoption. While critics remain apprehensive about embracing technology for fear of unrealistic client expectations and stifled creativity, the majority of design professionals are readily adapting to it, understanding the need to innovate to stay competitive.

Do you need help generating a conceptual design for your project? Contact us to get started.