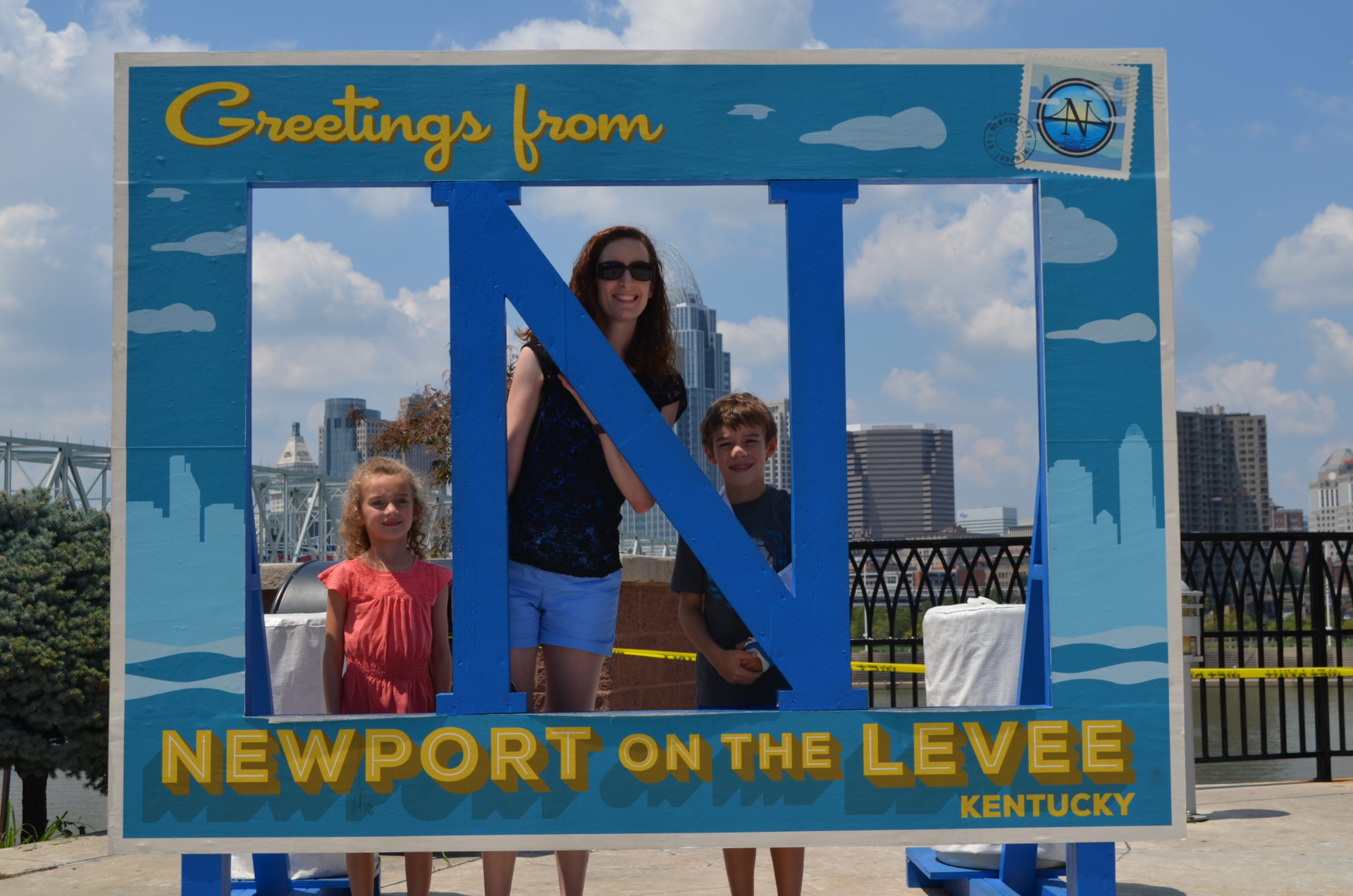 Did you know TONO Group is headquartered in Lancaster, PA, but has a second office in West Chester, Pennsylvania? Under the direction of Sharlee Van Tine, AIA, LEED AP, our West Chester branch is proud to serve healthcare, residential, and commercial clients. Get to know more about Mrs. Van Tine!

Q: How many years have you lived in West Chester?

Sharlee Van Tine (SVT): My family and I have lived in West Chester for nine years. I’ve worked for TONO Group for seven-and-a-half years.

Q: When you’re not working, where can you be found?

SVT: At my son’s sports games…basketball, soccer, baseball. Or at home working in the yard. Or different places around town. We’re active members of the Westminster Presbyterian Church (on West Pleasant Grove Road) so we’re there on Sundays and during the mid-week because my kids are involved in choir.

Q: What’s your favorite place to dine (when you go out)?

SVT: Teca! They have a good wine bar and tapas.

Q: Do you have any thoughts about being a female architect? What unique challenges or opportunities, if any, exist because of the limited number of women in the industry?

SVT: It’s interesting to see people’s reactions when I tell them I’m an architect; it’s an unexpected moment. When others think about architects they don’t necessarily think female. But I get a lot of people who tell me that they wanted to be an architect when they were younger. It’s one of those idealistic professions as a child that a lot of people aspire to go to architecture school but then find another path that directs them away from it.

Q: Why did you become an architect?

SVT: I’ve always wanted to be one. 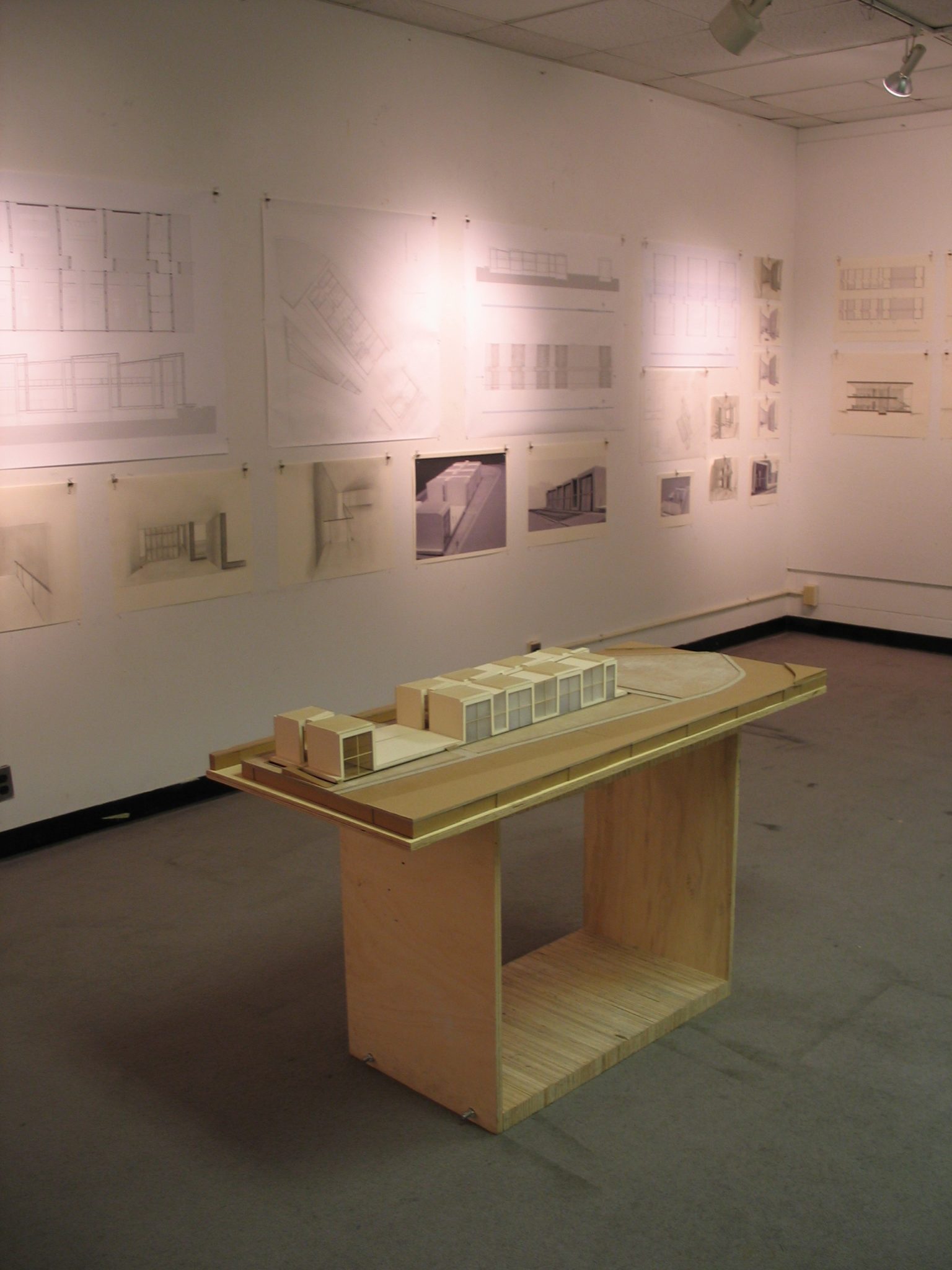 Defending her thesis at Virginia Tech

Q: Did you have any major influences? What sparked that interest?

Q: So your main influence was your father?

SVT: Yes, but once I grew up a bit more, I started babysitting and I actually ended up working for a family and the dad was an architect. He worked from home so I would go into his office and look at his stuff and he ended up hiring me as an intern at his job, his firm, for a while.

Q: What was the name of his firm?

SVT: LMW based in Roanoke, Virginia. He no longer works there. He now works for Hill Studio and he’s their Director of Architecture but his job always looked fun. He was creative and I remember when he was studying for his exams they would hire me to come babysit so he could study on the weekends. I remember him studying and studying all the time and I remember thinking how smart he had to be to do all of that. He was a nice man.

Q: Do you have a specific focus?

SVT: Part of the reason I was drawn to TONO was the quality of the design—the fact that they did something that wasn’t necessarily avant garde or crazy, but that pushed the envelope. So I liked the fact that as a firm we didn’t specialize in only one type of architecture because I felt like it allowed more creativity.

So, to answer your question, I’ve definitely been, in the most recent years, focused more on the interior fit-outs, but not necessarily one type of interior fit-out. And I think being an architect, you need to branch out and feed your creativity to keep pushing the boundaries.

Q: What’s the best building you’ve ever seen? Or one that made the biggest impact on you?

SVT: Probably the most profound experience I had looking at a building was the Kimbell Art Museum. Designed by American architect Louis I. Kahn (1901-1974), it’s located in Fort Worth, Texas. Having studied Kahn in school, and going to the building, it was one of those hallmark experiences where the way that he played with light and shadow and the way he integrated lighting into the building was very inspirational. 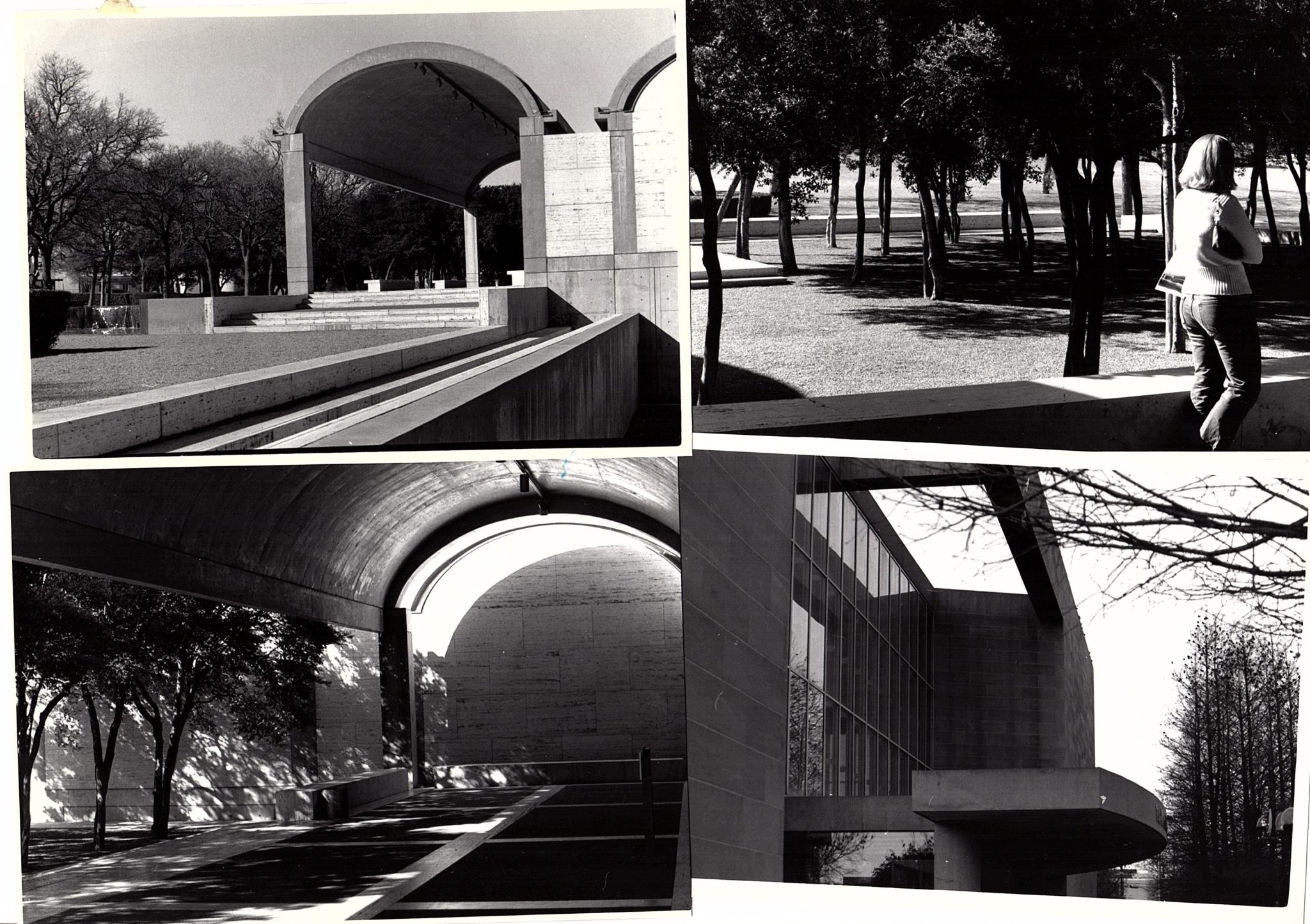 Photos from her visit to the Kimbell Art Museum and the Morton H. Meyerson Symphony Center.

Q: What was something you learned in design school about playing with elements?

SVT: I think I try to keep it simple but impactful. Some of the best feedback I got when I was going through design school is that sometimes the simplest ideas can be the ones that speak the most to people.

Q: How can people learn to appreciate architecture?

SVT: People should take note of when a building affects them in a positive way. Because that’s what the architects strive for. It may be a house. It may be a restaurant. But I think sometimes buildings are designed so well people don’t necessarily notice it. They notice when things are wrong as opposed to when they’re good. So taking a moment to think about the space you’re in—especially if you’re interested in art and design—understanding why you like it.

Q: What do you like most about West Chester?

SVT: It’s a small-town feel but with close proximity to Philadelphia, Washington, and New York. I grew up in a small town so I appreciate that feeling. It’s a college town too, so it has a lot more arts and culture and activity. I like going out downtown and there’s a lot of energy and you feel like you’re in a vital community. West Chester is a little off the beaten path so it feels a little more safe and quaint. And, of course, there are many great restaurants! 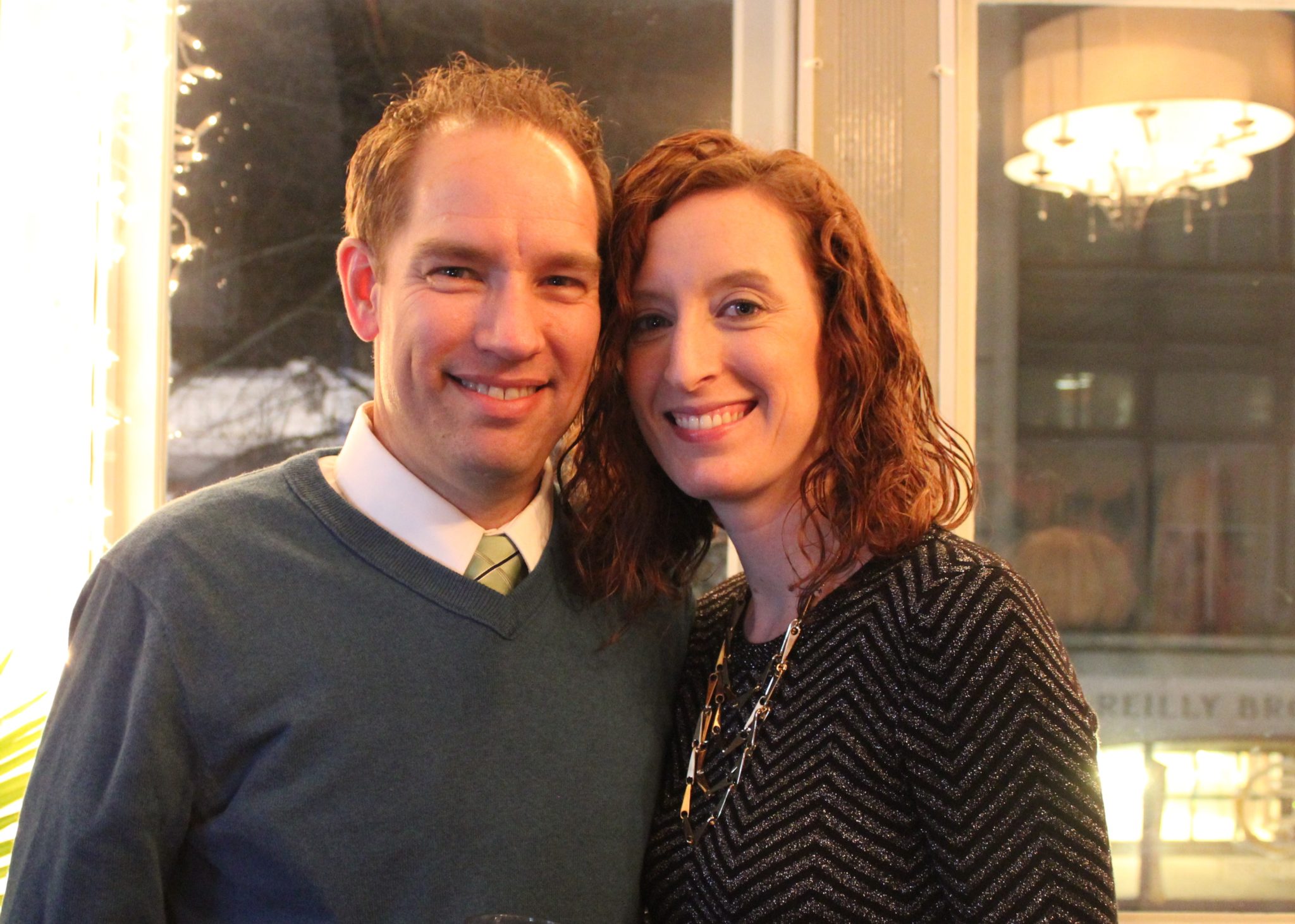 Sharlee with Craig (her husband)

Q: Do you have any interesting hobbies that complement your architecture degree?

SVT: I really enjoy pottery. I’ve been throwing since I was fourteen. It’s just a creative outlet. You can use a lot of analogies in architecture that relate to other art forms. Having another art form as a creative outlet is always a good way to examine other mediums. In architecture school, they encouraged us to do other art forms to find something that spoke to you. So I continued my studies of ceramics then but I also did things like printmaking and photography.

Q: You’re LEED certified. What does that mean? How does that benefit your clients?

SVT: My LEED AP certification is given by the United States Green Building Council (USGBC). It certifies that I’m able to guarantee that a building meets standards of sustainability which is good for the building, the environment, the people in it, and the community.

It’s also a great return on investment because at the end of the day, the owner is going to save energy and the building will be more efficient. The up-front cost is more, but the longevity of the building and context of the carbon footprint and its effect on the environment are minimalized. 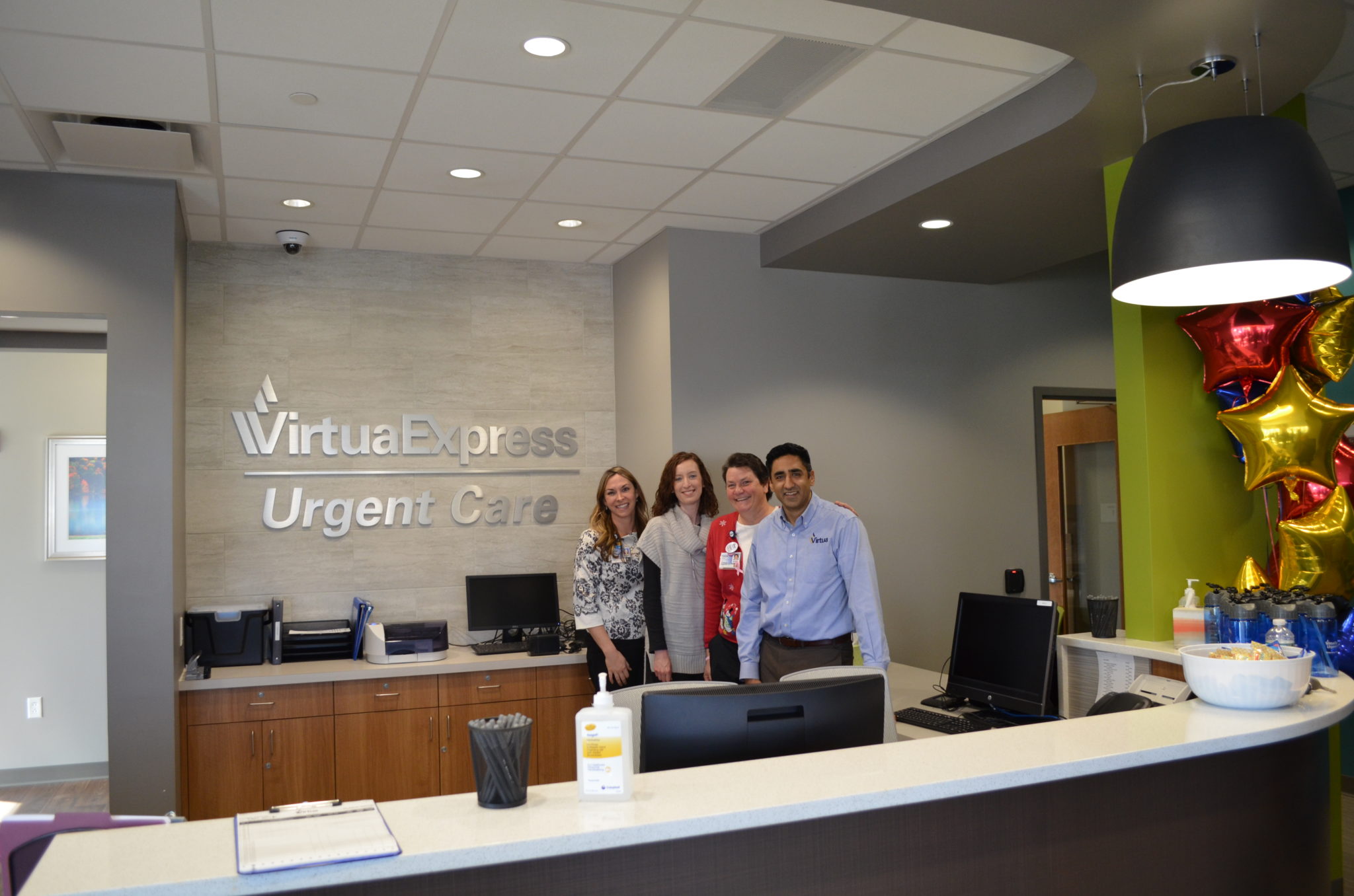 Sharlee inside a building she helped design for Virtua Express Urgent Care in Robbinsville, NJ.

Q: So the certification is like a wellness program for the building?

SVT: It’s energy efficiency, water efficiency, and things like building materials and sustainability practices that will make the building perform better over time.

Q: Who are some of your heroes and mentors?

SVT: Hunter Greene, the architect that I worked for growing up. And Hunter Johnson—which is ironic that they’re both named Hunter. 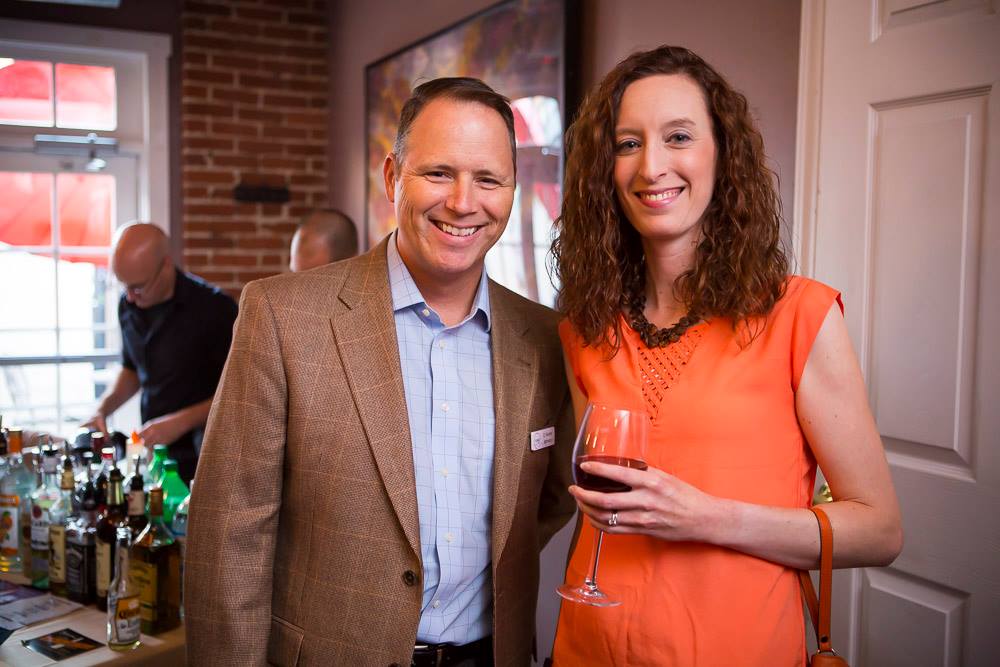 Q: Did you know Mattel made an architect Barbie? What accessory would you give her that she doesn’t already own?

SVT: My daughter, who is 6 years old, reads the I Can Be book series from Mattel (Barbie). I don’t find it offensive at all. I think it’s nice they’re encouraging little girls, specifically, to think of something other than a career as a nurse or a veterinarian. I don’t see many books about architects and engineers for little girls. If that piques their interest and gets them interested in some more technical field, I think that’s fantastic. When I Googled “Architect Barbie,” she had house plans [as accessories]. That’s what kids understand architecture to be: houses. That’s what I thought architecture was. Now, obviously I know differently. It grows with them. You have to speak to their level; that’s what they understand.

Architects are people. You can have the quintessential roll of drawings and T-square or compass. But those are tools of the past. To give architect Barbie a computer doesn’t really speak to what she does. To give her a color board doesn’t make sense to children. 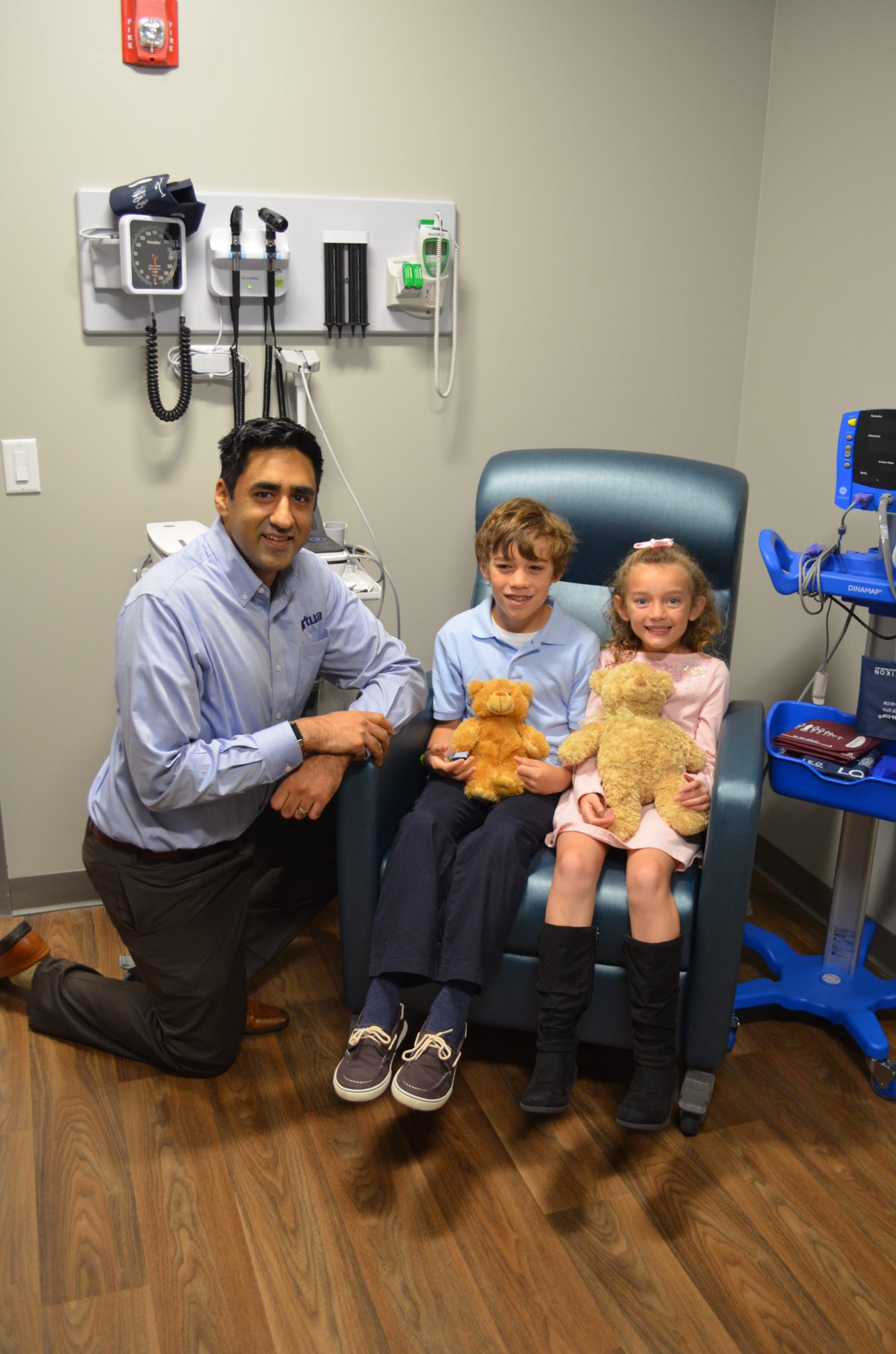 Sharlee’s children with Dr. Kapoor at the Teddy Bear Clinic for the ribbon-cutting of Virtua’s Robbinsville location.

Q: Can you give us a few sentences to sum up your thoughts about architecture?

SVT: Sure. As an architect, I feel every place you go and each place you visit you’re constantly analyzing and pulling in data and thinking about how the space makes you feel. So I think you interact with the world differently when you’re an architect.

You think about the space around you a lot more and even when you’re out to dinner, you’re pulling pieces and you’re looking at what someone else did, because there aren’t many architecture forms in the world that haven’t already been created somewhere. It’s just a matter of whether you’ve seen it or not.

Architecture is just an interpretation of what the client needs at that time and how you can fulfill it. So you pull from your experience: what you’ve studied, what you’ve interacted with, what you’ve learned.